A tubular film is created when a PE material is formed into the shape of a tube. All films such as LDPE, LLDPE, MDPE, or HDPE are extruded as tubular films and then further processed. The following items can be produced using further manufacturing processes: semi-tubular films, flat films, PE blanks, as well as ready-made articles (bags, pockets, hoods, and others).

Tubular films can also be called tubular packaging film, snake film, or pipe film. The manufacturing process of a tubular film is called an extrusion, where PE granules are melted and blown under pressure to form a film tube. As such, the name blown film is also common for this type of product.

Tubular films are supplied by Krus in rolls that fit into the most common packaging machines.

Ask us about special equipment for your blown film. We can provide UV resistance or even good weldability. With tubular film, you can weld your goods and products yourself. 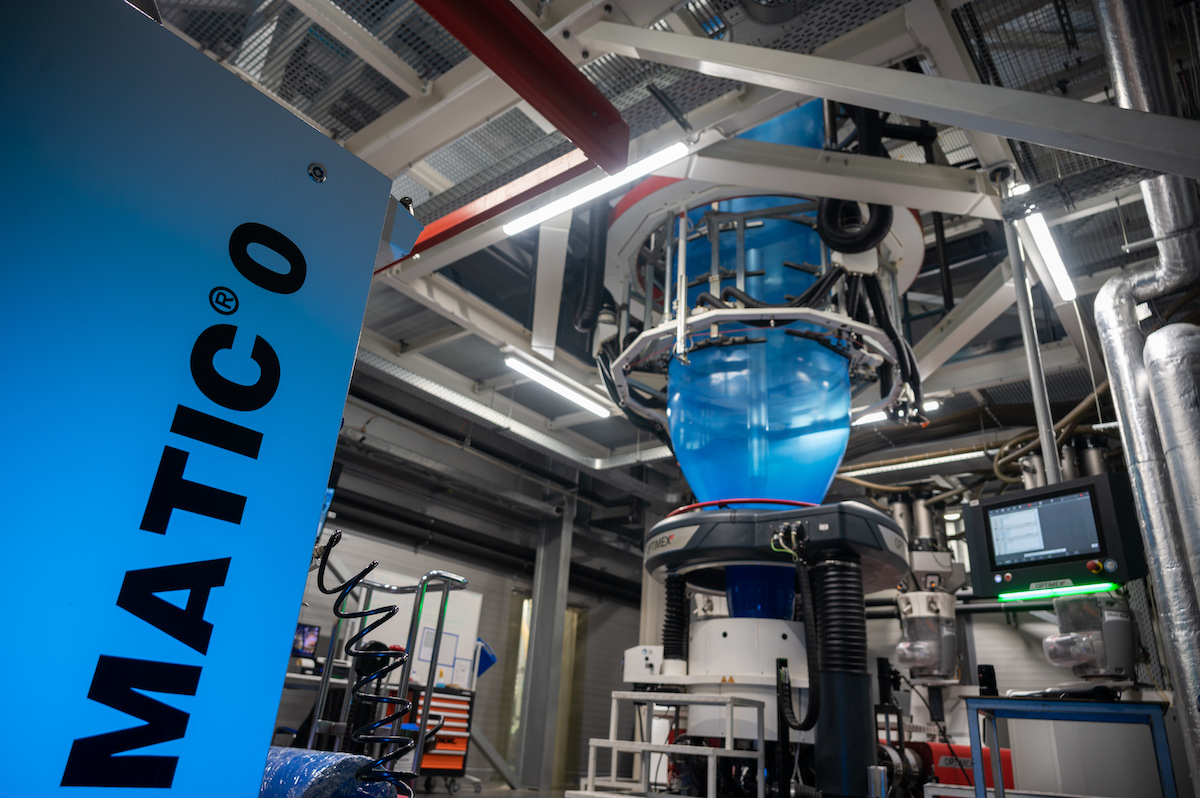 How Is a Tubular Film Different From Other Films?

A tubular film can be cut into flat bags of individual sizes with millimeter precision welding. For this reason, Krus supplies tubular film in various widths, thicknesses, and qualities.

The side-gusseted tubular film also requires additional work steps, as folds are made on two sides. This film is ideal for making bags and pouches of custom lengths.

Another special form is the tubular flap film. It is half-open, like a semi-tubular film, and rolled up in such a way that one side protrudes slightly.

Finally, there’s also a special film that shrinks monoaxially or biaxially. Thanks to its unique properties, this type of film adapts optimally to packaged goods.

What Material Is Used for the Production of a Tubular Film?

Contact us to get competent advice and learn which material is best for your needs.

How Can a Tubular Film Be Processed?

Normally, a tubular film is transparent – the packed goods can be easily seen through the film. This is especially useful for both warehousing and the end consumer.

Of course, we can also print the tubular film for you. Your imagination is the limit here, and the possibilities go far beyond simple article information or a logo.

You can use single-grade PE film to pack edibles, as it is non-toxic and made for use in the food industry. Frozen goods can also be wrapped in a food-grade tubular film that has been made specifically suitable for freezing.

As already mentioned, it is also possible to apply an antistatic agent to your film. This prevents the bags from sticking together and is recommended if you want to use the films in a vending machine.

Without UV treatment, PE film is sensitive to sunlight. Fortunately, UV resistance can be achieved through additives. After that, your tubular film should be protected from sunlight for a long time.

No, tubular films are non-toxic. They are an excellent choice for food packaging as they do not contain plasticizers.

Yes, a tubular film is waterproof and very durable at the same time.

How can I tell the difference between PE and PP?

Polyethylene is softer than polypropylene. If you can scratch the material with your fingernail, it is PE rather than PP.

Is it possible to glue tubular films?

Yes, it is possible. Tubular films made of PE can be joined with special hot glue sticks and also 2-component adhesives.

Polyethylene (PE) is a common material in the film production sector, while PVC (polyvinyl chloride) is mainly used in the non-food sectors. It is more resistant to acids, bases, oils, and alcohol. Tubular films made of polyethylene are very suitable for use in food packaging.

Is polyethylene resistant to low temperatures?

No, polyethylene tubular films are not UV resistant. Only PE films dyed black or those equipped with UV protection are resistant to sunlight.

Yes, all PE materials are combustible.

Yes, an old PE film can be recycled back into a new one.

How do you recycle tubular film and other items made from PE?

Films, bottles, bags, and other items made of polyethylene can be disposed of in yellow bags and yellow garbage cans.