Poly bags are transparent or colored pouches made of plastic film.

Also knowns as film bags, such products are made of polyethylene (PE) or polypropylene (PP), depending on the manufacturer.

Poly bags are used in various industries to protect goods such as food and textiles from dirt and environmental influences.

Poly or film bags are among the less expensive packaging materials.

At Krus, we offer a wide variety of poly bags and cater to your specifications and requirements. 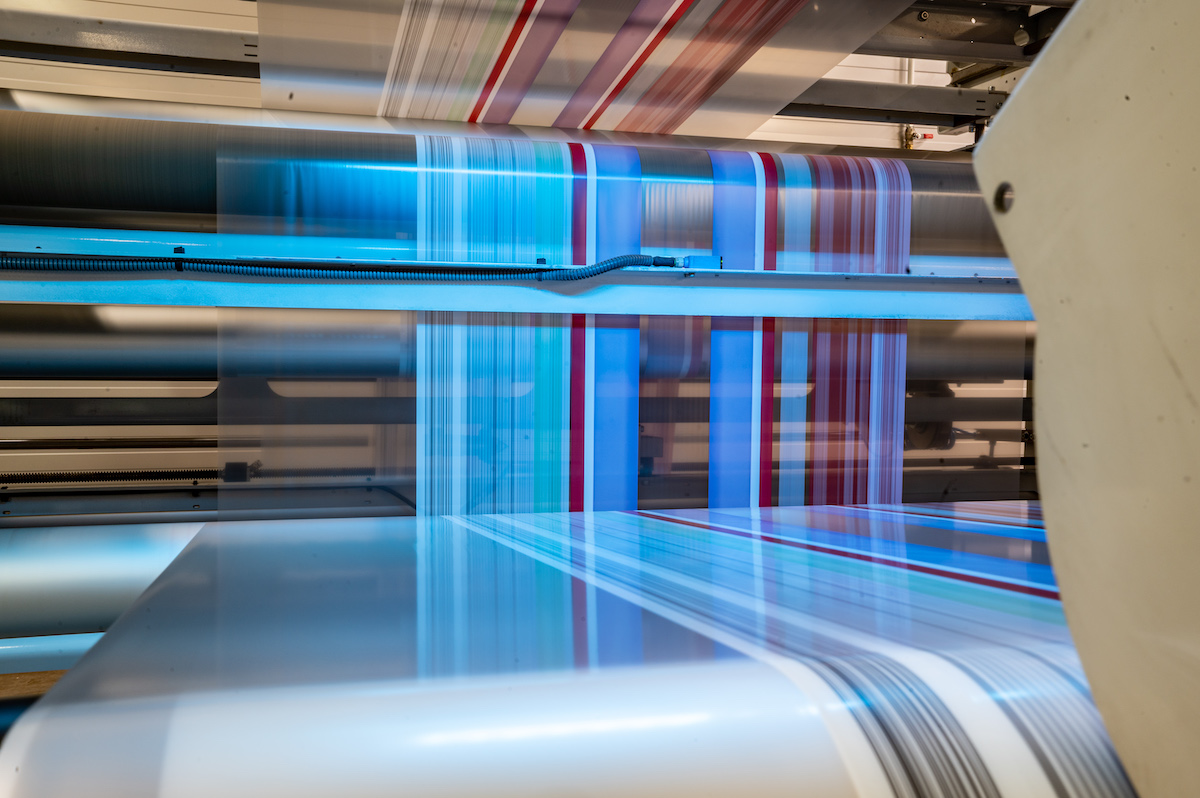 Krus poly bags offer many advantages to customers. Our products are:

Contact us now and benefit from a price advantage for large purchase quantities. We are also happy to take care of warehousing and order picking for you.

Save Money With Individual Advice

Find out how you can save considerable costs by choosing the right film. Contact us today and receive the best offer for your product.

Poly bags are a universal product, found in a wide variety of industries. At Krus, we have extensive expertise and numerous satisfied customers from a variety of different sectors. Poly bags are used in the following industries and sectors, among others:

In general, poly bags are usually made of polyethylene (PE) or polypropylene (PP). At Krus, we have years of experience in the manufacturing of poly bags. The types of materials we offer are:

Poly bags made of LDPE (Low-density Polyethylene) or PE-LD are the most common type of poly bags. LDPE is the oldest PE material in common use.

Films and bags made of LDPE are recyclable and often transparent. LDPE poly bags are the most cost-effective choice.

Poly bags made of COEX are manufactured from several layers of material. The layers are put on top of each other in extruders. The material types can be combined depending on the subsequent use.

During the extrusion process, the COEX film is produced on several slides at the same time, with each slide responsible for one or more layers. All films are then brought together and an apparently uniform film is produced.

COEX can be used to produce a wide variety of different film products, e.g., bags for potting soil. Inside such a pouch is a black film meant to protect the potting soil from UV rays. The white film on the outside usually includes the product information for the potting soil printed on it.

Poly bags can take different shapes during the manufacturing process, including:

To give poly bags more helpful properties, different additives can be mixed in during the production of the bags. These additives help improve certain aspects of the finished products.

Poly bags with the addition of UV stabilizers are most often used when the bags or films are exposed to direct sunlight for a long time. The mixed-in UV stabilizer protects the bag and the contents by converting the ultraviolet part of the light.

Poly bags with the addition of Antiblock are easier to roll up. During processing, organic or mineral additives are added to make the surface rougher, which prevents two layers of film from sticking together.

Where Are Poly Bags Most Commonly Used?

Poly bags are used in numerous industries for varying purposes. Below, you will find some of the most common fields of application for poly bag products:

How Big Should a Polybag Be?

The size of a poly bag depends on the product the customer wants to pack. Poly bags can be manufactured to your desired size, from around 50mm up to about 1,350mm for large products. The size of the bag should be optimally matched to the dimensions of the product in order to minimize expenses.

To calculate the size of a polybag, you need to know the dimensions of your product. You also need to pay attention to the fact that a few millimeters need to be added to easily package the goods.

If you have any problems with calculating the size of the polybag, we can do it for you. Please contact us at any time during our business hours, and we will be happy to help you!

What Quantity of Poly Bags Should I Purchase?

The quantity of poly bags depends on your own requirement. We will be happy to advise you on this.

If I Have No Storage Space, Can I Still Place an Order?

Don’t worry if you don’t have a suitable place to warehouse your poly bags – we offer both storage and commissioning services. If you desire so, we can take care of storing and shipping the bags directly to your customers. Feel free to contact us if you need help with these.

What Is the Color of Poly Bags?

The color of a poly bag depends on your wishes and requirements. You can choose between 8 different colors at Krus. Possible colors for poly bags include pink, blue, yellow, black, and white. Poly bags intended for food storage are mostly transparent.

What Designs of Poly Bags Can You Offer?

The finish of a poly bag influences the surface texture of the bag. At Krus, we can offer poly bags in the following finishes:

The reusability of poly bags is largely dependent on the type of material you choose.

Yes, poly bags can be placed in the yellow bag or yellow garbage can, depending on the region you operate in. After separation, poly bags can be used as a base material for manufacturing of other types of film.

The Pantone color system is an internationally recognized system for coding colors. It was developed by the American company Pantone LLC and is considered a standard in the printing and design industry.