This refers to films and plastics made from the waste produced during the manufacturing of other products.

Take yoghurt cups, for example – there is a significant amount of waste material. This material can be melted down and processed again.

The exact process is used in the production of our plastic films.

In contrast, PCR, or “post-consumer recycled,” is a term that refers to plastic waste that comes from households or industrial production.

Such material served its purpose and was collected and recycled into new products. 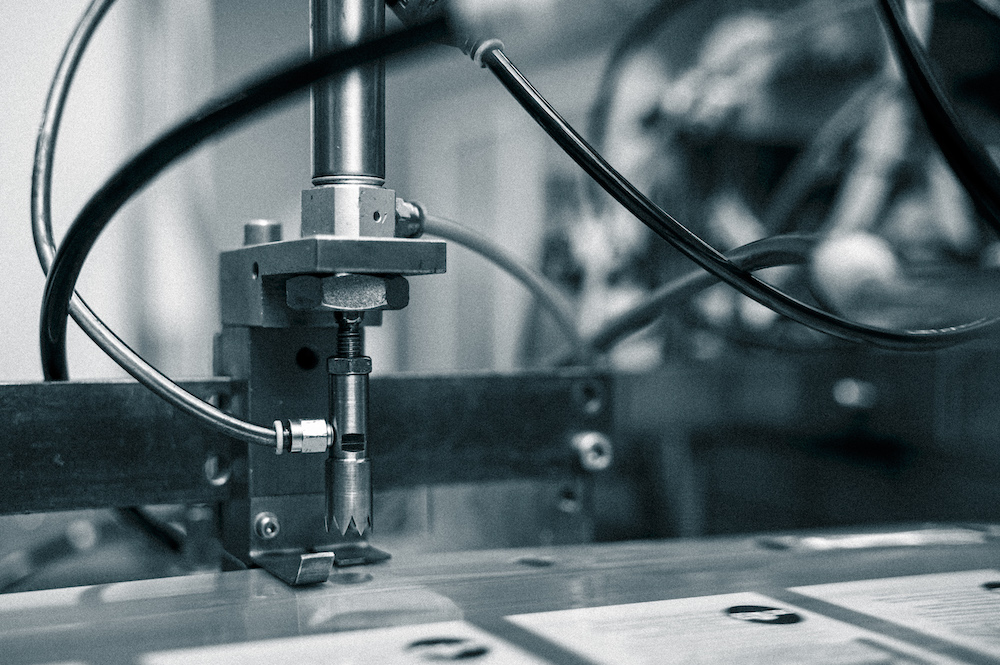 How Is PE (Polyethylene) Recycled?

PIR is much prevalent in virtually any kind of plastic production. Foil remnants, offcuts, production errors, and other remaining materials are collected and recycled into new products.

The process of in-house recycling begins with the collection of waste material, which is then sorted by colour and composition. The material is then melted down, filtered for impurities, and fused again with other polymers to create new pellets or granules that can be used to create new products.

For materials not recycled in-house, the recycling process works as follows:

Overall, PIR is an important part of the circular economy and plays a crucial role in reducing the amount of plastic waste that ends up in landfills.

Differences Between PIR and PCR

The primary difference between PIR and PCR lies in their purity. Due to the diversity of compounds used in consumer products, they require separate sorting – especially if they contain non-recyclable elements.

But even plastics that have been sorted according to uniform types can have deviations in the plastic composition. This is due to the fact that different manufacturers of plastic products use different resins.

Post-industrial plastics, on the other hand, make it easier because of a more streamlined recycling process – more precisely, manufacturers know exactly what type of plastic is used, thus removing the need to sort and decontaminate the plastic.

The process of recycling plastic is mainly mechanical since the chemical version is still in its infancy and is currently uneconomical. Plastic is separately washed and melted as described above. The resulting mass is used to make products, similar to what happens when you bake cookies and roll out the scraps of dough over and over again until nothing is left (in the case of PIR).

What Are the Benefits of Recycling LDPE?

In addition to reducing waste and creating a healthy environment, there are also practical benefits for companies to seek to recycle LDPE film:

Unfortunately, the amounts of recycled LDPE are still low. The data from the Environmental Protection Agency (EPA) released in 2019 shows that only 13% of all LDPE or LLDPE containers and packaging were recycled.

What Does the Abbreviation PIR Stand For?

Post-Industrial Recycled is the plastic waste created during the production process and then further recycled, such as the aforementioned yoghurt cup manufacturing.

What Is the Difference Between PIR and PCR?

PCR stands for Post-Consumer Recycled. Everything that has passed through the hands of end users and then ends up in the recycling bin is processed into PCR plastic. PIR typically comes from manufacturers producing other products.

What Does the Term Recyclate Stand For?

Recycled plastic is called recyclate, regardless of whether the starting material comes from PIR or PCR.

Yes, using PIR (post-industrial recycled) plastic can be environmentally friendly since it involves repurposing plastic that has already been manufactured rather than using new plastic made from fossil fuel resources.

The production of plastic from plastic waste or recyclate typically requires less energy and water compared to producing new plastic. As a result, using PIR or PCR plastic can help to conserve energy and resources and reduce the environmental impact of plastic production.

Are Products Made from PIR Plastic Worse Compared to New Plastics?

No, products made from PIR plastic are not inferior to those made from oil.

Since PIR is made from waste from production, there is no contamination present. Recycling involves melting down the leftover material, and the recycler of PIR plastic can combine plastic with the exact same composition, making this plastic equivalent to “new” plastic. Therefore, PIR plastic is on par with products made from oil.

Regenerate can be used to make new plastic products, helping reduce the demand for “new” plastic and the energy and resources required for plastic production.